With their head-bopping, hip-thrusting, zalghouta-inducing tunes, Restless Leg Syndrome have tastefully-crafted a mélange of global references and in their work.. The Vienna-based group is made up of longtime DJ and producer d.b.h and turntable maestros Chrisfader and Testa. A seasoned enthusiast of Lebanese music, d.b.h offered the influence for their critically acclaimed second EP Dabkeh. The project paid tribute to the Mediterranean form of line-dancing by flipping Lebanese samples into irresistibly groovy beats.

Over the course of 2021, RLS dropped four eclectic EPs that seamlessly fuse long-forgotten tunes with foot-stomping breaks. Their first EP Venom cinematically takes off with Arabic melodies coupled with their signature electronic bounce. The latter half of Venom introduces a fat bass and a tasteful sample selection highlighting the trios’ affinity for Hip Hop. To follow-up the trio released Falcon, a borderless trip through a range of samples from Gwen Stefani’s iconic “uh huh” in the third track ‘My Shit’ to homages to the golden age of Arabic music. Standout track “Represent the Fucking Planet” really underscores the trios’ appreciation for drums that knock.

The third EP ‘Spirit’ progresses the trio’s genre-defying sound through five tracks. The quintessential boombap sound in ‘Direction’ is contrasted with the African-inspired drums and oriental strings on ‘Anamur’. The groups’ mastery of the art of scratching is tastefully peppered throughout the EP to complement their arsenal of vinyls.

The fourth and final EP of the collection ‘Fool’ is immersively inventive and addictive. The single ‘Gönndir’ is studded with polyrhythms and a seductive bassline. With skittering backbeats and funky riffs, the EP is dynamic in its beat switches and laden with North African gems. ‘Embassadors of Rhythm’ features an instructional workshop by the iconic Egyptian percussionist and composer Hossam Ramzy (sampled by Timbaland for Jay-Z’s song ‘Big Pimpin’). Bass-heavy track ‘The Fools’ alludes to the popular Tunisian mizwed music, which uses the traditional ‘mizwad’ bagpipes and the ‘darbouka’ drum. ‘The Fools’ is accompanied by a music video composed of photographs taken in and around Beirut in 2021 highlighting the fruits of labor of a city plunged in crisis over the past two years.

Restless Leg Syndrome wraps up their marathon of releases with Totem, a 2LP vinyl release featuring the full collection of tracks from all four EPs. Its gatefold cover was crafted by Lebanese illustrator Raphaelle Macaron and imagines each EP as a tarot card. Totem is available for pre-sale and order. 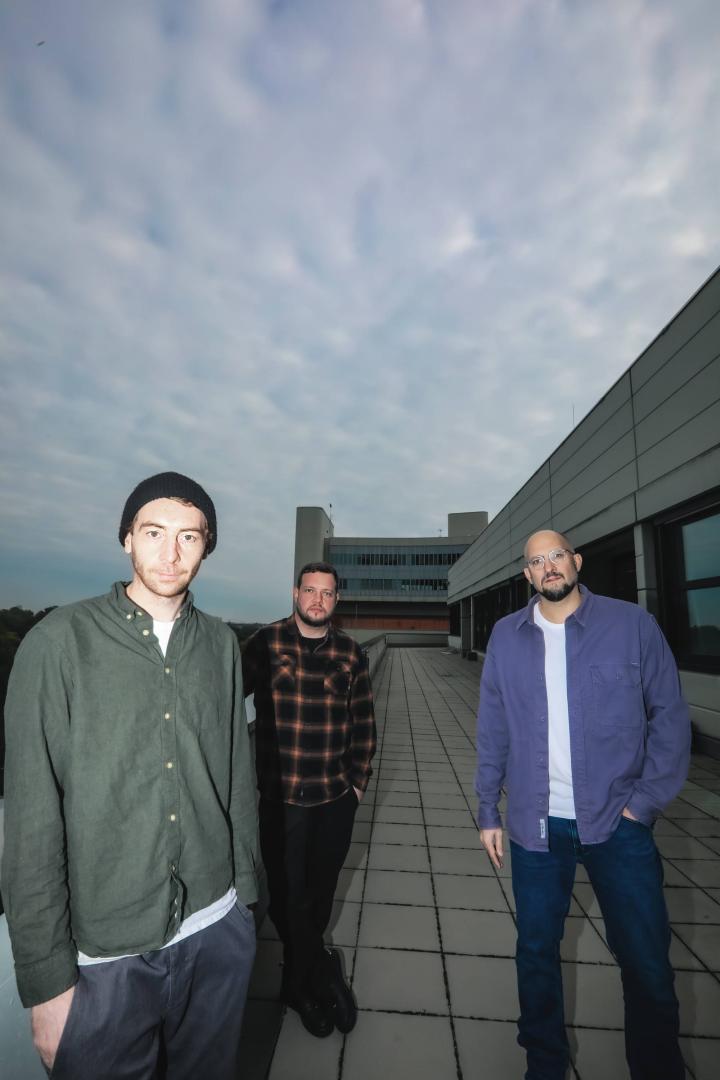