The influential San Francisco rock group Flipper - renowned for their heavily distorted approach to punk - have announced a European tour to celebrate their 40 year anniversary. The line-up for this tour will include founding members; Steve DePace on drums and Ted Falconi on guitar, along with David Yow ( Scratch Acid, Jesus Lizard) on vocals and Mike Watt ( The Minutemen, Firehose).

Flipper’s performances are famed for their unpredictable nature, centered around repetitive bass lines, ultra noisy and atonal guitar playing by Falconi with DePace’s tight drumming keeping the tunes together. In 1979 Flipper debuted on the SF Underground 7'' comp with the track “Earthworm”. Followed by their first single "Love Canal / Ha Ha Ha" for Subterranean Records (as SF Underground became known). The single "Sexbomb / Brainwash" was released in 1981, causing excitement within the underground punk scene of that time. "Sexbomb" has now been covered by countless bands over the years. The group’s first album; Generic Flipper (released in 1982) is considered a classic, and remains Flipper's most acclaimed album of their prolific career, including four studio albums and five live releases.

In respected punk authority Get in the Van, his memoir of the early 1980s punk rock scene, Henry Rollins of Black Flag described the Flipper experience: "They were just heavy. Heavier than you. Heavier than anything...When they played they were amazing"….

Presented by POISON FOR SOULS and hosted by Antidote 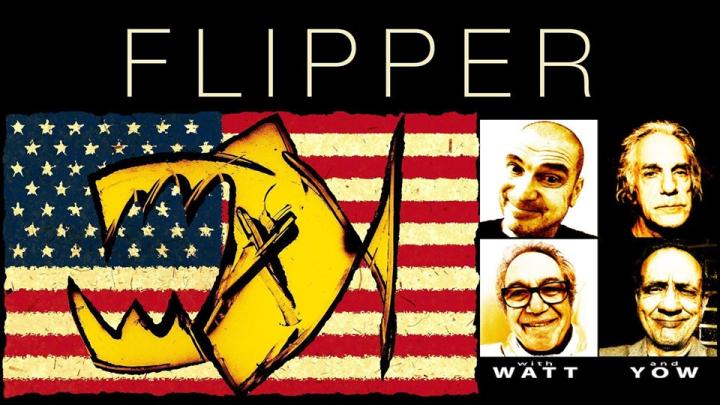