REAGAN YOUTH is a political hardcore punk band that embraces “Anarchy & Peace & Unity” school of thought. Reagan Youth parodies and pokes fun at Republican­ism, the Religious Right, Racists and of course; Ronald Reagan’s policies. The band formed in 1980 as it became obvious to the lead singer, Dave that Ronald Reagan was to become America’s president. The band’s songs were about the evils of society and the band’s name was a play on HITLER YOUTH ­– comparing Reagan to Hitler due to the Republican party’s fascist tendencies. 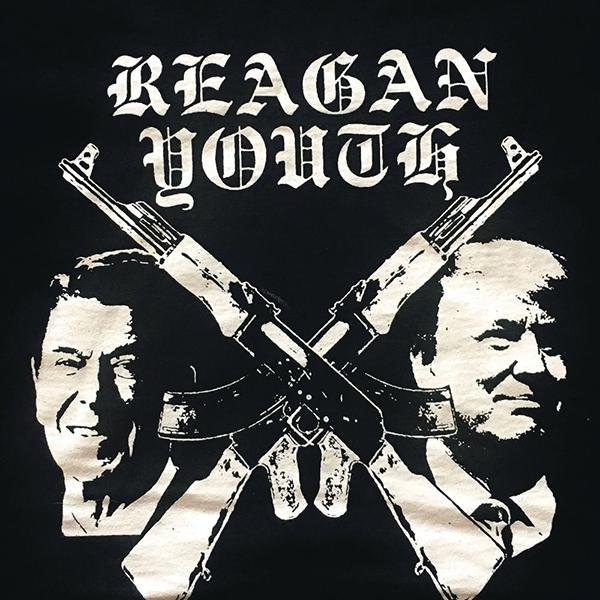